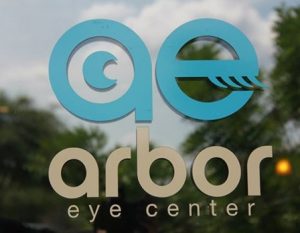 Your Eye Care Center near Austin

Arbor Eye Center made it a mission to provide the highest quality eye care and optical service available in Austin. Dr. Ellen P. Crothers and her husband, Frank, have 35 years combined experience in the optical industry. Ellen has always been fascinated by the eye, and she finds fulfillment in improving the vision of her patients. Frank has worked in all areas of the optometric office, from grinding lenses in the lab, to filing insurance, to instructing patients on the proper use of contact lenses. He is an excellent manager and a patient advocate. Ellen and Frank decided to combine their talents and start Arbor Eye Center, P.A. on June 4, 2005.

We set ourselves apart from other optometrist offices a few ways:

Center for Eyecare near Austin

Before the arrival of European settlers in the 19th century, the Austin area was inhabited by Native American tribes including the Tonkawa, the Lipan Apache, and the Comanche. A paleo-American archaeological site (named the Wilson-Leonard site) was discovered in Austin in 1983 that showed evidence of continual habitation of the area since circa 5000 BC.

In the mid-19th century the community was known as Running Brushy, named after a spring that formed the headwaters of a creek of the same name. In 1873 George and Harriet Cluck, after having run cattle up the Chisholm Trail for many years, bought 329 acres (1.33 km2) of land that included the Running Brushy spring. Their ranch formed the core of the community that would one day become Austin.

Accessibility by WAH
Call Us Text Us